regret the thing you don't do, not the things you do ! 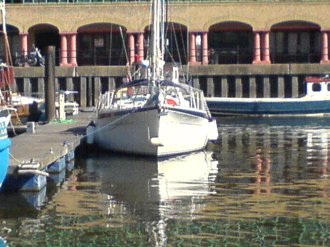 The nick name the fat lass stuck, you can see why! This is an annual event, boats from Blyth race up the Tyne and spend the weekend in St Peters, then race home again on Sunday. Of course there's the usual BBq on he Saturday night with copious amounts of alcohol to be consumed. This leads to some very ill people on the Sunday for the return journey. During this season I've achieve my day skipper certification and have gained over 500 sea miles of experience, The first weekend out, a sail to Amble, we left Blyth in a force five that wasn't expected to gain in strength. We were closely followed by Island Fling a saddler 25. By the time we'd reached Cresswell, it had increased to a force 8. Within 15 minutes we were being hit by 65 knot winds. We had no choice but to keep going and get to Amble, the tide against us we had to wait for three hours in the bay for enough water to allow us into the harbor. As we were waiting the life boat came out twice, towing boats in with engine problems and catching lobster pots around their props. Bad decisions, to go to anchor, result, snapped a 10 mm chain and lost 20 mtrs of chain and the anchor. 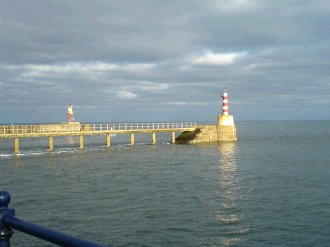 
entrance to Amble on a better day. Amble can be a difficult entrance due to the sand bar that runs across the entrance, this can dry at low tide springs and be as low as .5mtr at neaps. Tamara draws 1.5mtrs and in a swell needs a lot of water to be safe. This is all part of the very steep learning curve that we've gone though in the last year. Hartlepool gave us our first experience of locking in and out of a marina, we were to divert here later in the second season on route to Whitby, only to have to wait in the Victoria dock for four hours in a force seven gale for enough water to be able to enter the marina. On several occasions we were accompanied by dolphins who would swim with you for a while checking out the boat. 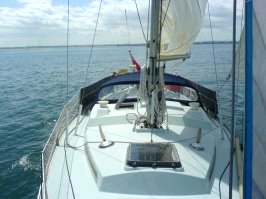 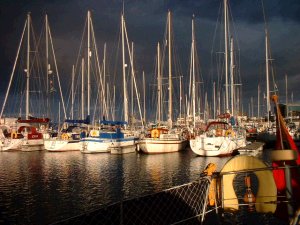 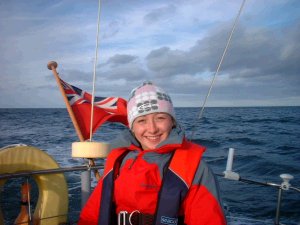